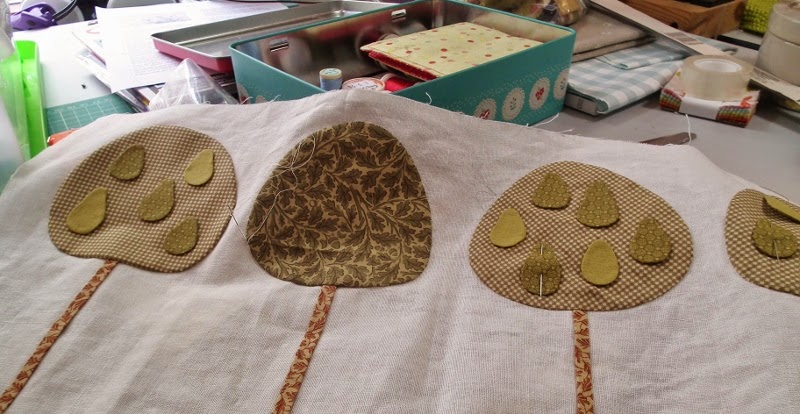 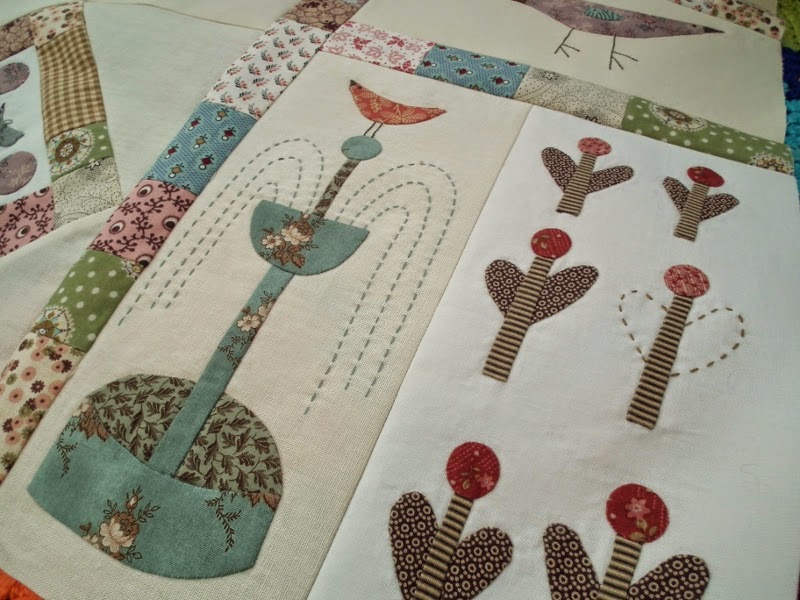 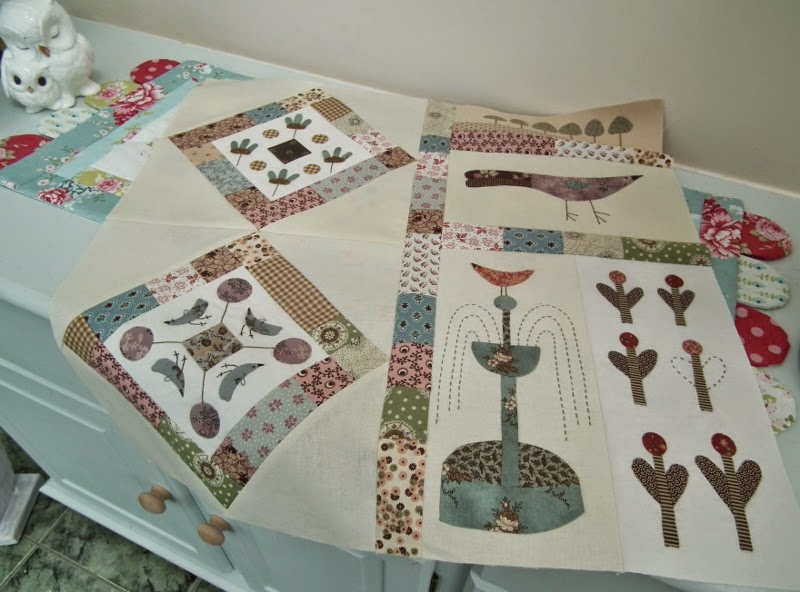 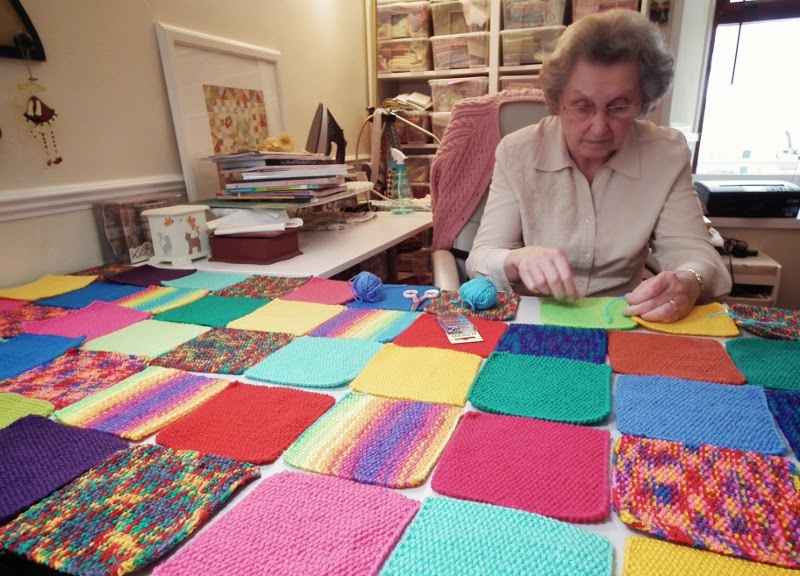 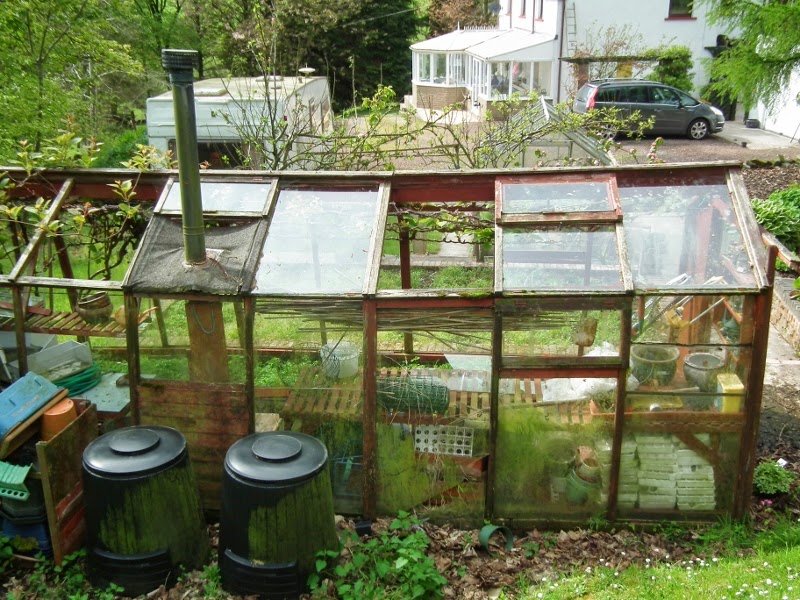 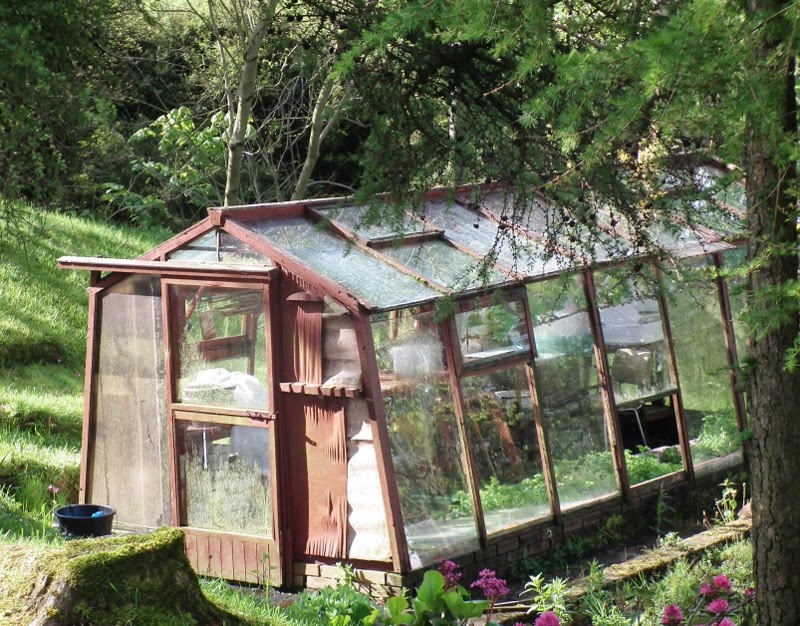 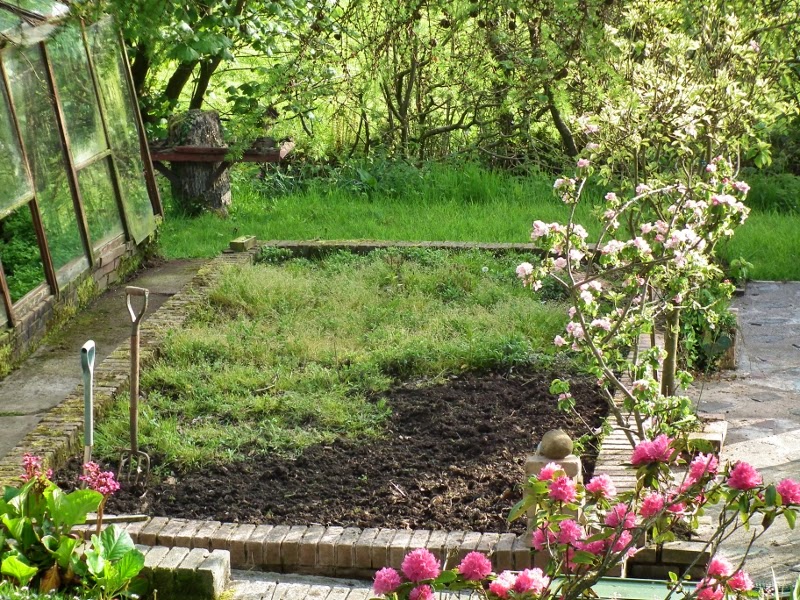 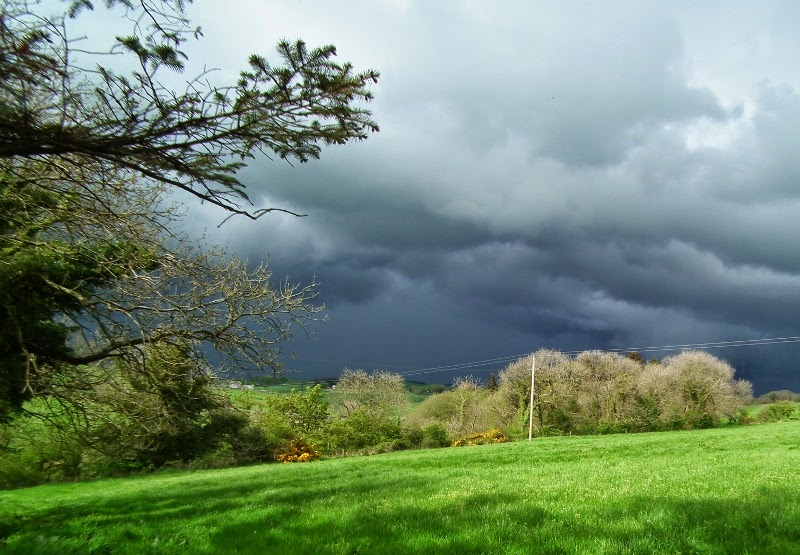 Actually friends have been in short supply here recently so I spent my Friday Night with Family in the form of my mum. 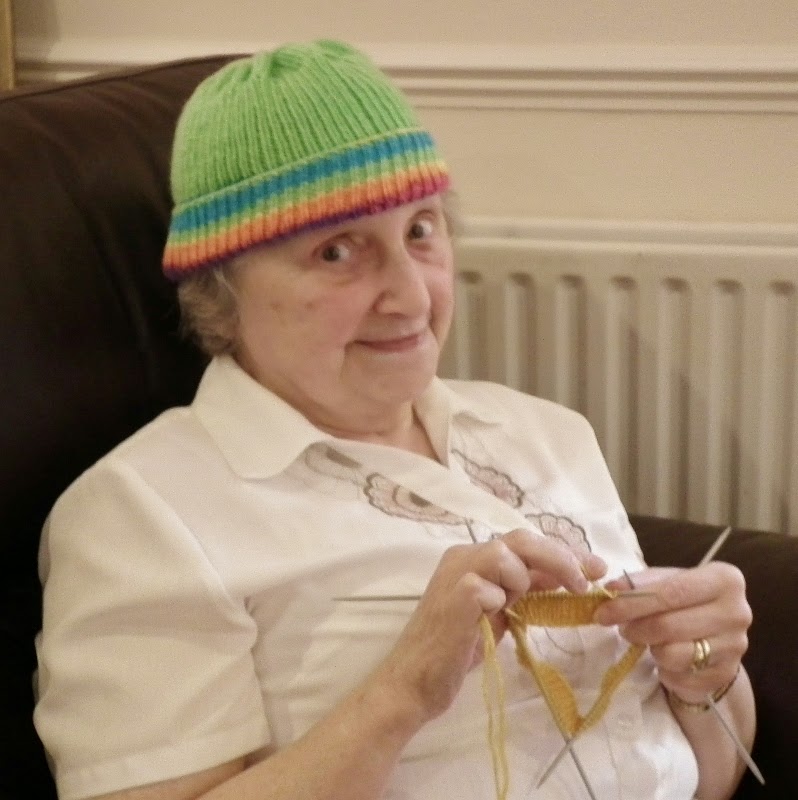 She spent her evening working on her new charity knitting project..... hats for Africa.

My mum and hats have always been a cause of great hilarity in our house.... think you can see why.   I can only think of one word to describe her latest look..... gormless!!    Whenever I'm feeling really down I take my mum shopping for hats.  After half a dozen  try on's we are both  helpless with laughter... tears rolling down our cheeks.... it's a great 'pick me up'!

Here she is with her hat haul for the evening...... 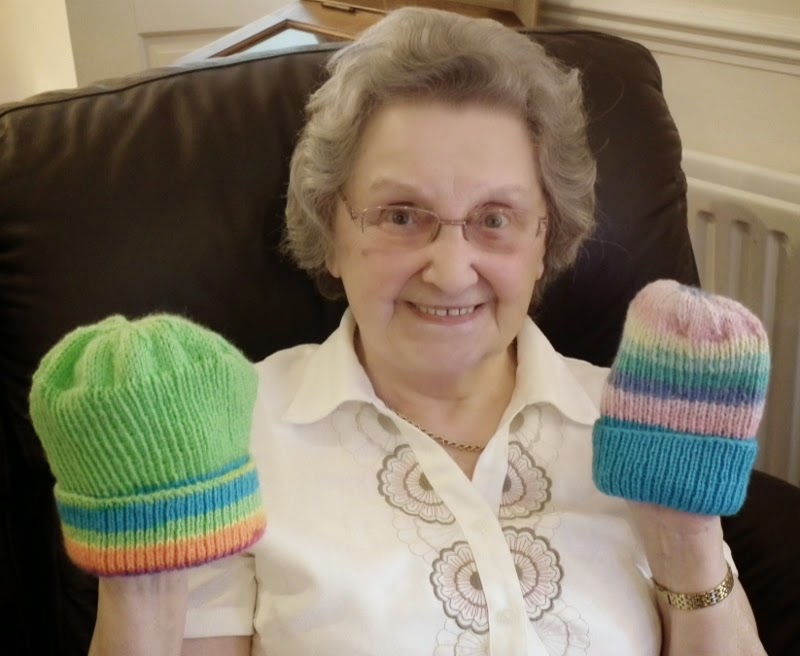 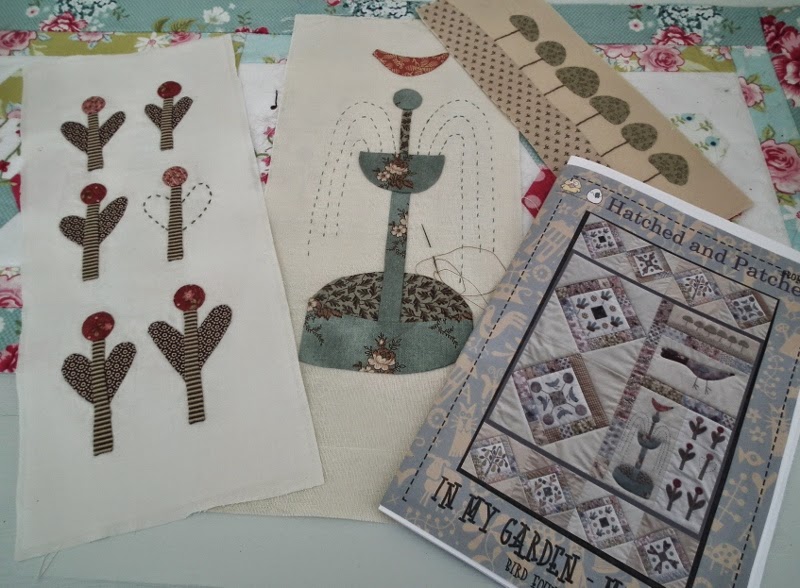 My new plan is suspiciously similar to my old plan I think...... tackle all the BOM's I have stashed and finish them!   So far it's not working out too well.   Instead of finishing one I've added a new one to the list.... 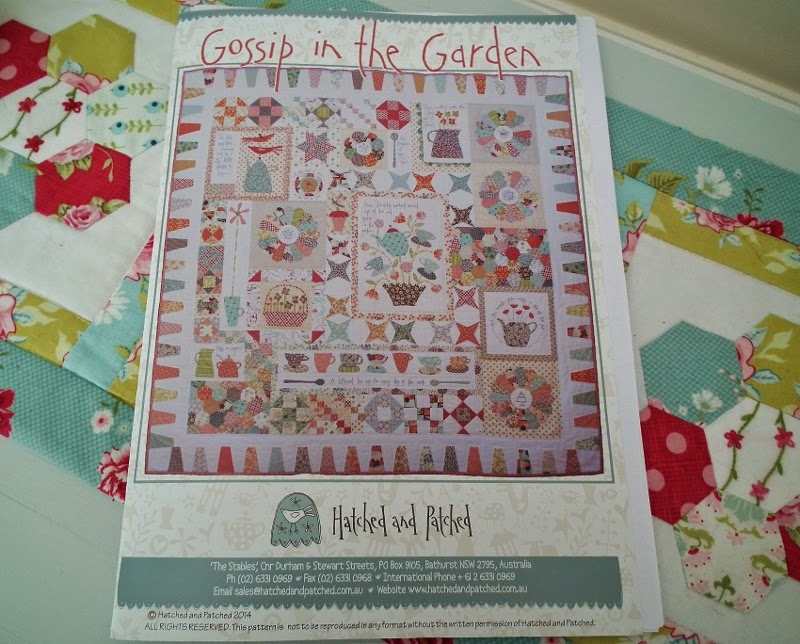 I've resisted this pattern for ages but when I visited Sharon's blog for a catch up and saw the gorgeous blocks she's making from this project.....  I was pressing that 'buy' button before you could say 'fat quarter bundles'.   Someone really should confiscate my computer.   Hummm... better hide it! 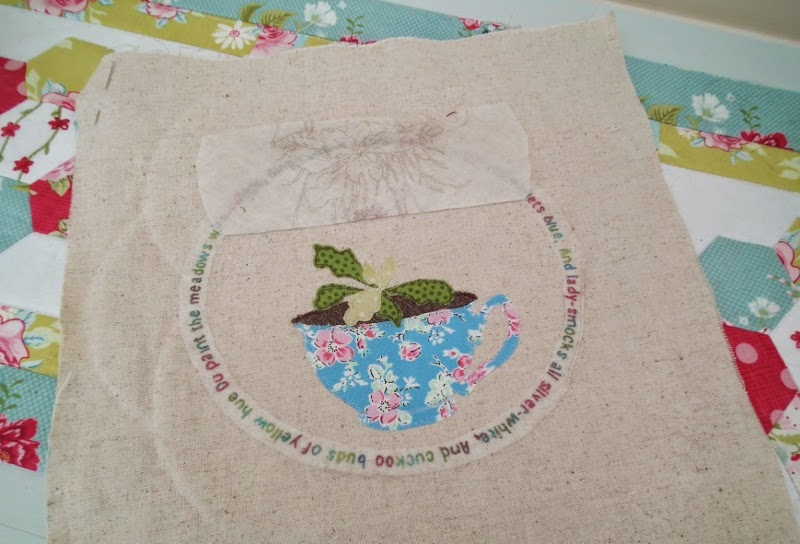 I decided to free machine stitch the applique bits of this design.    Really love that blue floral print.   I cut around the piece of Sticky Solvy just inside the border so I could peel it back to do the machining then 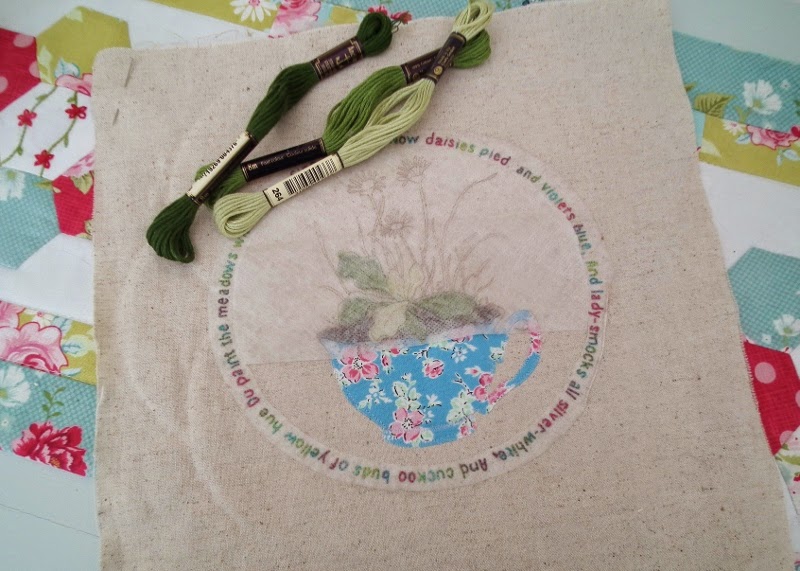 chop off the excess where the teacup is and fold it back ready for hand stitching.   Haven't started stitching yet.

Broke my 'no more random fat quarters' rule this week.   Bought three of them and all because my mum made me go into the craft shop so she could buy more wool.  That mini charm pack somehow got into my basket too  (Moda Wrens & Friends).     I picked up a new magazine too.... 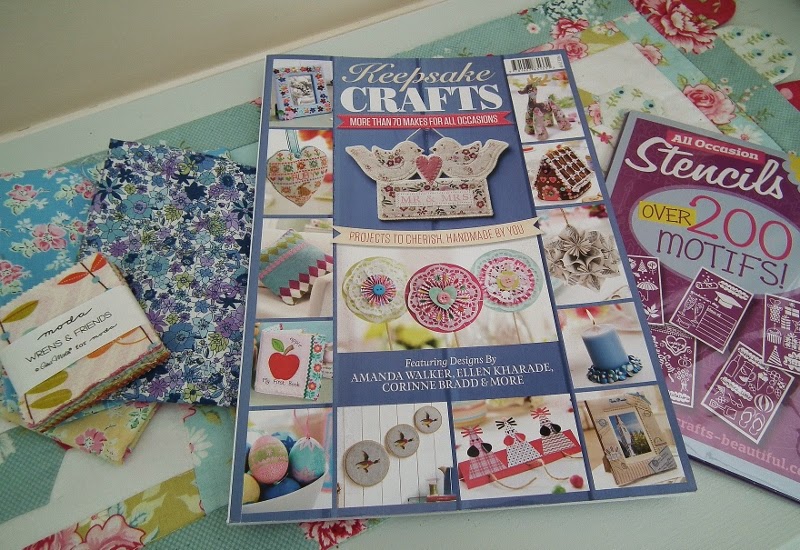 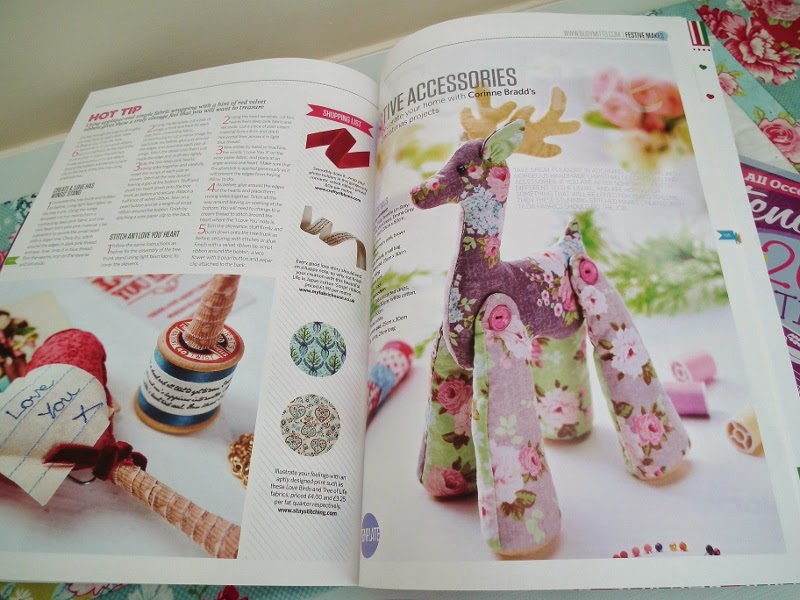 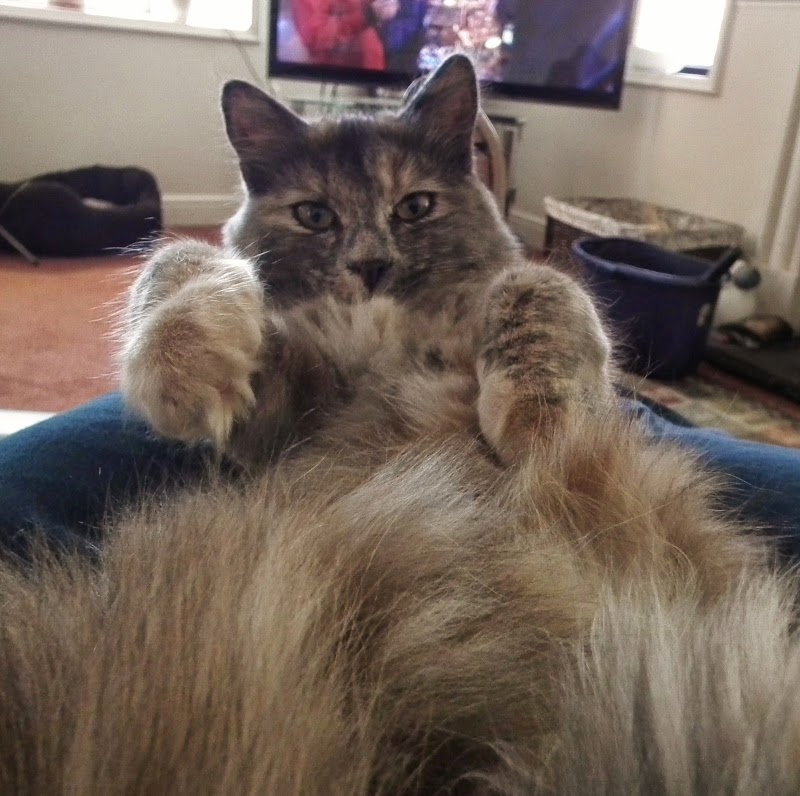 Maisie spread-eagle on my lap.... from hip to knees (mine not hers).  Fortunately she had the presence of mind to arrange her tail to protect her dignity!

I'm going blog hopping now to check out what you've all been up too....  having fun I hope.